Get fresh music recommendations delivered to your inbox every Friday.

by MAYBE MAY & Friends 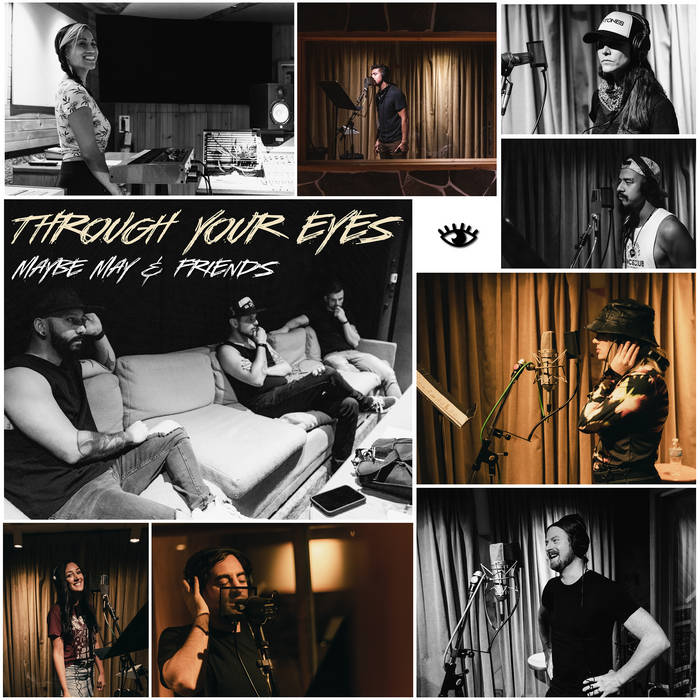 Mississauga-based music marketing company antiskeptic entertainment, along with not-for-profit Mississauga Music and internationally renowned Metalworks Studios have come together, embarking on their first ever charitable effort to benefit The Mississauga Food Bank. The aim is to raise money with an original song performed by rock band MAYBE MAY, featuring 8 prominent local artists.

With local band MAYBE MAY at the centre of the initiative, the original song “Through Your Eyes” was penned during quarantine, over Zoom. It is the first co-write for front man Demetrius Nath who teamed up with Matt Zaddy, a fixture of the music scene as well as Kendra Charest-French, one of the most promising new artists Mississauga has to boast. The band enlisted 2020 JUNO Award winning engineer Kevin Dietz to fill the producer’s seat and Michael “Crusty” Amaral as the videographer on set, who recently worked on content featuring Moby, members of Goldfinger and Rise Against.

Featured on the song is a diverse and talented group of artists, starting with Filipino-Canadian Arlene who has performed at Nathan Phillips Square, Yonge & Dundas Square and Mississauga Celebration Square. Country star Alessia Cohle who takes the lead on the first chorus, has shared the stage with the likes of Brett Kissel and Tim Hicks. The song also features Chris Hummel of retro rock n’ roll outfit The Dreamboats, who have international tours in both Europe and California under their belt. In addition, you will hear the stand-out vocals of Michael Ursini from award-winning rock band Uforia along with the rich timbre of solo singer-songwriter Tennyson King. Last, but certainly not least, is Jasmine Virginia, front-woman of ethereal prog-rock POLARITY, contributing her lush vocals on the tune.

“We love collaborations as a band. And when you can attach musical work with a cause, it’s a win-win. The Mississauga Food Bank is a leader in our community when it comes to helping those in need and we need to step up to do our part more than ever during this pandemic” says Demetrius of MAYBE MAY. The goal of “Through Your Eyes” is to inspire the listener to see the challenges someone else is facing, through their eyes. The hope of this project is for the lyrics and melody to resonate with audiences, giving them a perspective they are far removed from otherwise, motivating them to donate.

“Through Your Eyes” is set to release on Tuesday, September 8th via MAYBE MAY’s BandCamp (maybemay.bandcamp.com/track/through-your-eyes-2). With a donation of their choice (minimum one dollar), supporters will receive a download of the song. 100% of proceeds collected for a 3-month period until December 8th will go directly to aid the efforts of The Mississauga Food Bank.

Tell me the things in your dreams
I’m tired of waiting to sleep
The way this hurts, is new to me, but you can barely breathe

Let me give you all that you need
Be the change that you wish to see
I promise you, I will do, my part in seeing you through

As much as I seem to miss, I’m looking for all the signs
You deserve what you need, To live out your greatest life

released September 8, 2020
ALL PROCEEDS go to The Mississauga Food (www.themississaugafoodbank.org)

Everyone's in a band these days! So are we.

Bandcamp Daily  your guide to the world of Bandcamp